I meant to post this yesterday, as there was meant to be a part on the Independent Art Fair that took place in the old DIA building on the same weekend. Perhaps better late than not at all.

Food (cookies in particular, are we still starving or just messy with a massive sweet tooth?), work tools, mundane objects found laying around the artist's studio seemed prevalent.  There was no precious or rare objects with the exception of a few impressive looking re-appropriated objects that allured my eyes. 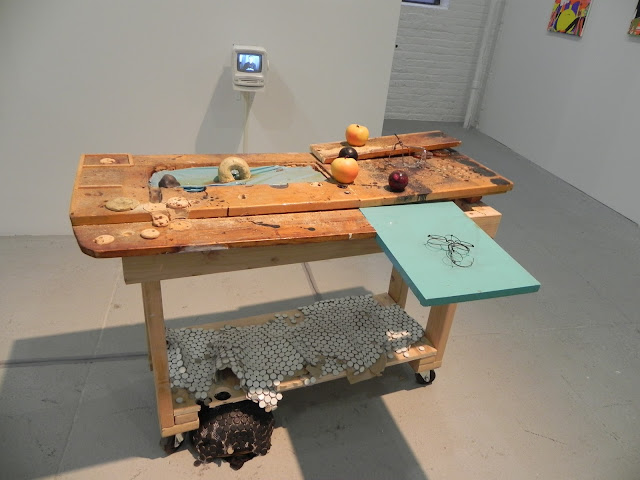 These works reflected the image of the artist at work and that his or her art isn't separated from his or her life.  It is to say that working while eating a lunch of apples, bagels or cookies is just what it takes to make the work. Hence, it's all laid out on the table for the spectators to figure out "where the hell did the artist go"? For a smoke outside, but he or she left the lighter there... 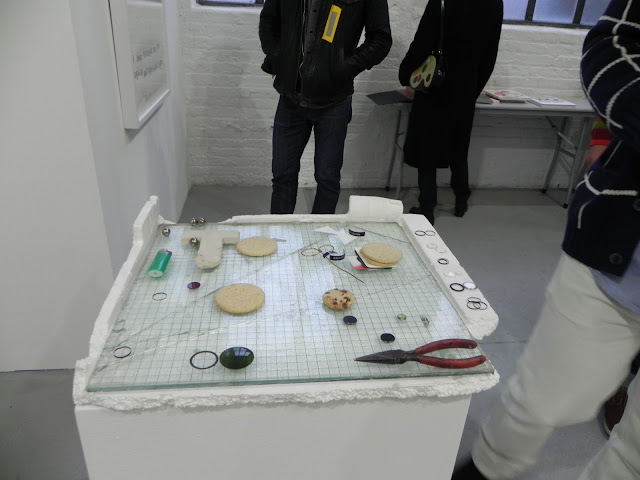 In this one, I am not sure if it's just a plate of cookies or actually part of the show.  Maybe you have a better idea than me. 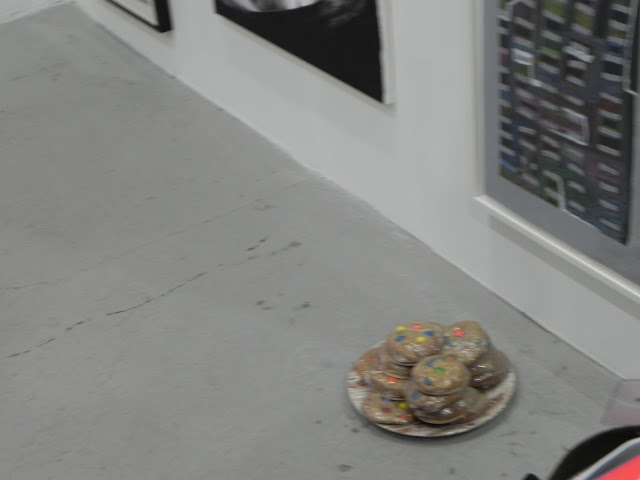 One of the prettier things I liked was this miniature harp with these vibrant colors of the pattern carpet stretched inside its interior.  It is nice to see some appreciation for an ancient instrument, if not for it's sound and music, at least for its form. Since everything seemed to be veering away from tradition and skilled precision of techniques of art-making. In form and structure, this piece gave a sense of assurance that someone out there still can admit that they like to please the eye with shapes, colors, and the overall harmonious juxtaposition. 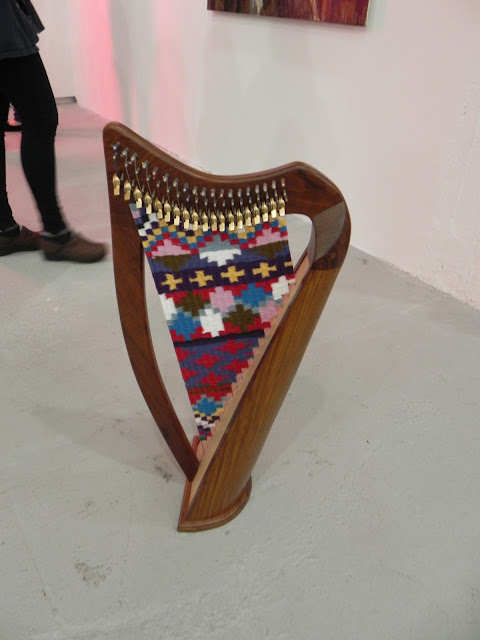 On returning to tradition, well, here we have a readymade.  This execution is definitely reminiscent of someone who stirred up some controversy in Society of Independent Artist in 1917, whose name I need not spell out for he has really became the household name for readymades. I had a bit of fun photographing this piece. 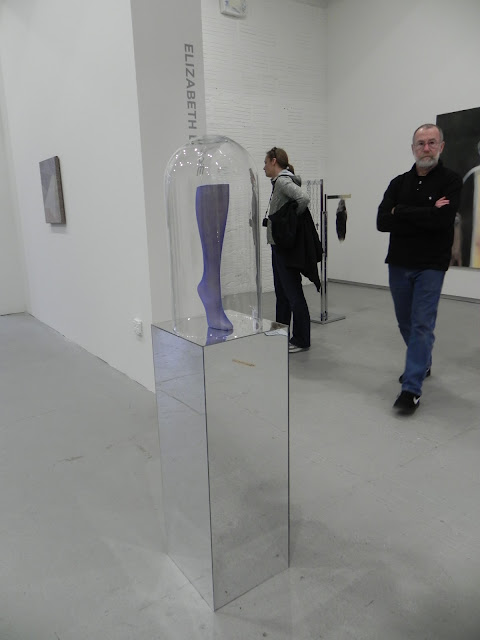