Art in General II - in response to complex work

March 30, 2011
In response to complex work at Art in General (see earlier post), Emily Roysdon's show is one that I consider complex given that without reading a bit of the text beforehand, I probably would not have been able to fully appreciate it.  First attracted by the dynamic movements that has been executed through a variety of different forms, I embarked on a closer study. The entire presentation of the works definitely convey this sense of movement that almost as if no wall or edges of anything could stop the art from evolving and developing.  I really like this visual flow of the images continuing from one surface to another while blending quite seamlessly through this fluidity in modern dance-like gesture.  Note that in the vertical piece (pictured below), Roysdon has screen-printed the figures in movement onto the floor from the wall.  Funnily, judging by my previous post, I seem to have taken on a special interest in works that present themselves from the floor. 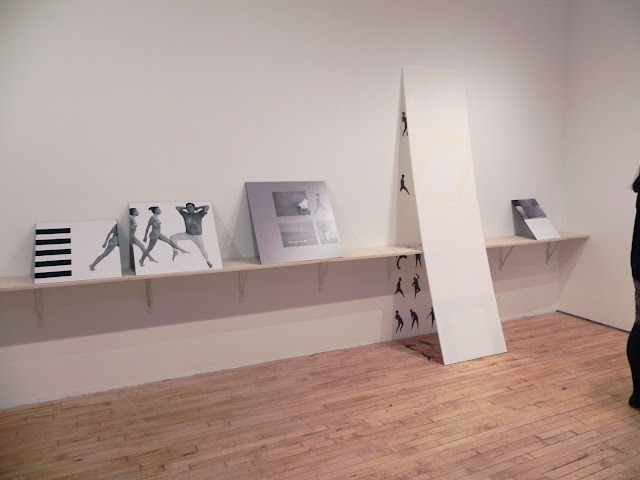 The complexity of the work isn't just in the choreograph of movements, or the conveyance of art in motion within time and not within the boundary of physical limitations.  Conceptually it also deals with working off of or against a grid whether politically speaking or metaphorically speaking.  As in the video piece (see installation shot below), using a time-based medium this video piece has an added complexity that goes beyond static images.  From what I read of this piece, it is a video work of a site-specific project that the artist made in collaboration with performance artist MPA in Sergels Torg (a public central square in Stockholm).  The site is known for political protests and its iconic triangular pattern besides being the central square in which citizens and tourists frequent on daily basis.  Hence, taking the site's ever-changing ephemeral quality (such as when a planned political protests takes place, when the square is active as oppose to what is left of it after all the activity is over) while working with and against the permanent installment of the geometric grid pattern, Roysdon transcends the spectators via movements and brings us closer to this form of evolution through revolution (or could this be the other way around?).  These works and along with her other works are currently on view at Art in General until May 7. 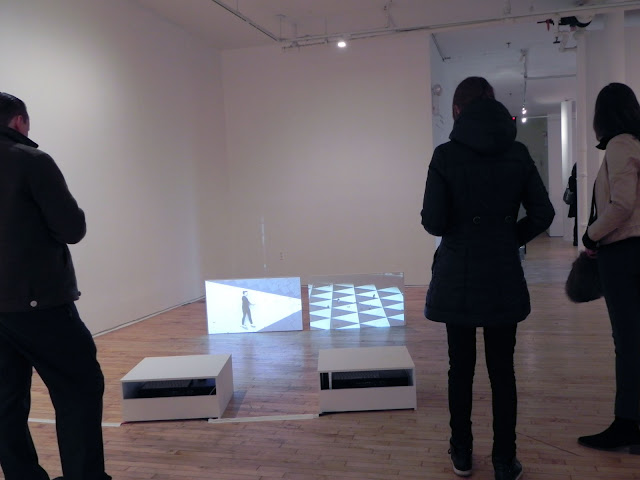