The first time I became aware of Isaac Julien's work was about ten years ago while interning at MIT List Visual Art Center.  Instantly, I fell in love with his cinematography and how beautifully he arranged each scene and through which conveyed very poignant themes told compelling stories.  Without having done my homework before hitting the gallery, I hadn't anticipated to be once again swept away by these spectacular imageries.  In some ways these images share the similar dramatic quality and nostalgic emotions as shots from In the Mood for love a film made by Wong Kar Wai in 2000.  In both instances, the filmmaker and the visual artist has taken Eastern subjects presented them with Western aesthetics in terms of its composition and mise-en-scène.  While on one hand, Wong was visually inspired by Godard's Le mépris (1963) whereas the in these works by Julien, the treatment of the characters in relation to the overall composition looked somewhat similar to 16th century Dutch genre paintings.

Perhaps it's no accident that Maggie Cheung played the Goddess in this series.  However these works went beyond just pure nostalgia and romanticizing Chinese culture, they insinuated contemporary artistic Western sentiment of Orient.  Like with any infatuation of the other, it usually starts with an idealized image or through portraits of the exotic.  I don't personally get the need to be extremely critical of 'exoticising the East'.  Particularly, I find that it is somewhat inviting of 'foreign interest' that eventually leads to simulate the country's development and economic growth by collaboration and other culturally exchange.  As far as that initial curiosity of the 'exotic' East transpires the potential of a better understanding and appreciation of the East.  What inspired Isaac Julien to produce these images was actually a tragic event during in which 23 Chinese cockle-pickers died in northwest of England, also know as 2004 Morecambe Bay cockling disaster. 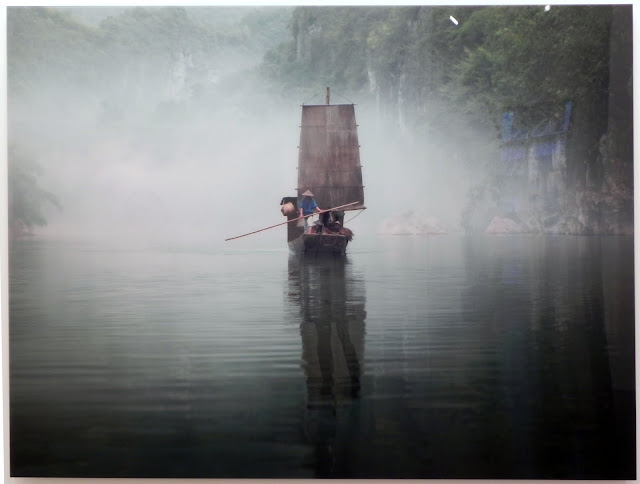 What is striking about the image above was that it really captured the spirit and the beauty of Chinese rural area landscape, it reminded of places my mother took me to visit when I was a little girl.  This image also made me feel nostalgic of my country and revived my desire to visit China as I did when I was only four or five years old.  Even though in the news today only big cities such as Shanghai, Beijing or Hong Kong is often mentioned for its economic boom, however still in many parts of China people's lives have relied on simple means for centuries. Agriculture is still the main source for survival in many smaller regions, some times fishing or even local tourism advertised to city folks and promised the serene country escape by trips around the scenery sites on bamboo boats hand-crafted by local people.  I miss visiting these places where one really got to appreciate nature and to realize that most of all the luxury that a city dweller could afford where the rural folks only get to admire from afar.  This last image here poignantly reflected a contemporary Chinese city that still hasn't quite shed its post-colonial influences while. This image also had a combination of the new hope and the melancholy farewell to the old city as suggested by the misty colors of the sunset.  Please excuse my presence for being in the photographs, most works were cased behind glassed frames and thus it was difficult to avoid integrating myself in these images. While on the other hand, metaphorically it also kind of worked in the way that I as the Chinese native now residing in the US sharing some of the similar sentiments as portrayed here.  Isaac Julien's Ten Thousand Waves is on view at Metro Pictures until April 30. 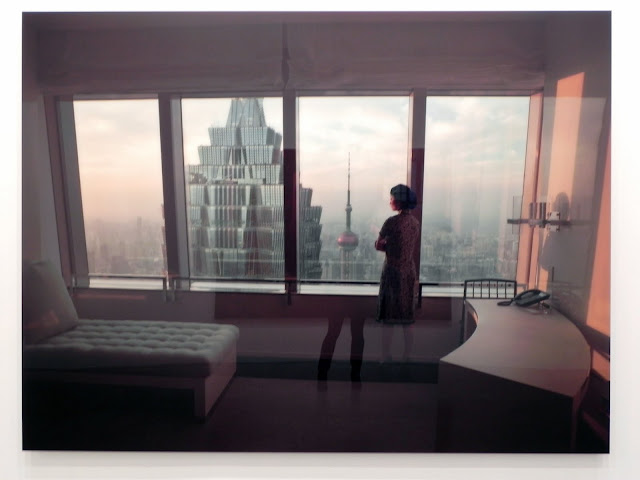