Drawing inspiration from an Orson Welles film (and my personal favorite) The Trail (1962), artist David Maljkovic went back to one of the film locations in Zagreb in hopes to capture the spirit of Josef K. and recreate the mise-en-scène.  As an off-screen narrator, Orson Welles had once said that the logic of this story is the logic of a dream, of a nightmare.  To me the film really transported the spectators into an imagined space and one that was trapped in Josef K's subjective view of his surroundings.

However what is different about Maljkovic's work is that the focus of the works isn't on the psychology of Josef K. but on the physical location and how it foreshadows the forlorn mood of the character in the scene. 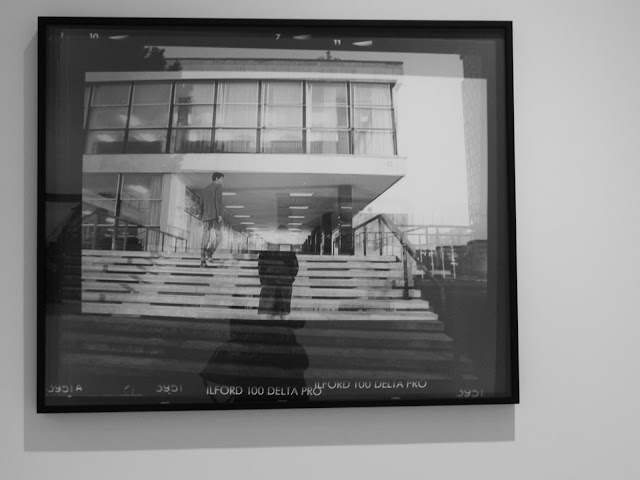 All these prints are beautifully done in such a way that they look as if done through multiple-exposure or through overlapping of more than one negatives under a photo enlarger.  The overlapping adds an additional dimension of memory and photo memory while playing off the geometry of the buildings. These works invited me into an illusion of a hallucinated world.  The other element that impressed me is the formal aspects of the shots, it conveys the emotional isolation of the individual in a monotonous urban landscape.  On the other hand, these rigid geometry also translate a sense of nostalgia and symmetry of beauty.  You can see works at Metro Pictures until April 2. 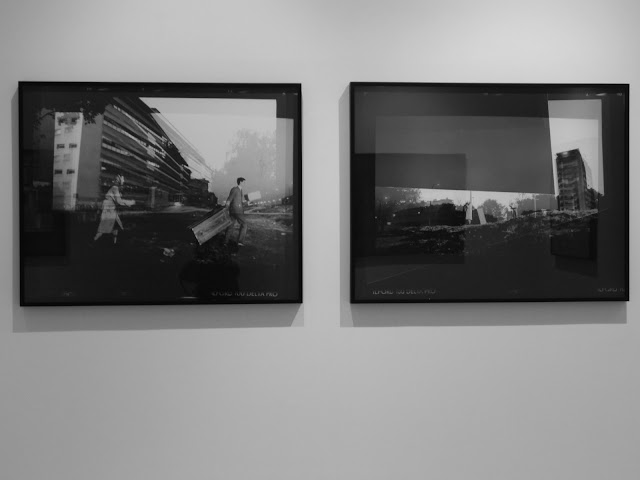