April 03, 2011
Thankfully after days of rain last week, Saturday turned out quite sunny and wonderful thus made it pleasant to be out looking at some exhibitions.  Here, I find that when I have an emotional response to it or that the work reveals or contains some relevant information to my life and my environment, arbitrarily I chose to write about it.  This may sound a little egocentric, but it is quite hard to be objective but somehow I can only translate my subject thoughts that is processing through my head.  Therefore as a living being I simply cannot know anything beyond what I know, or can I?  To put aside such serious questions, while looking at these pieces I instantly forgot all the necessary rational order and found comfort once again in the pure emotional, poetic, and the humorous. (for another piece by Rachel Witheread work click here.) 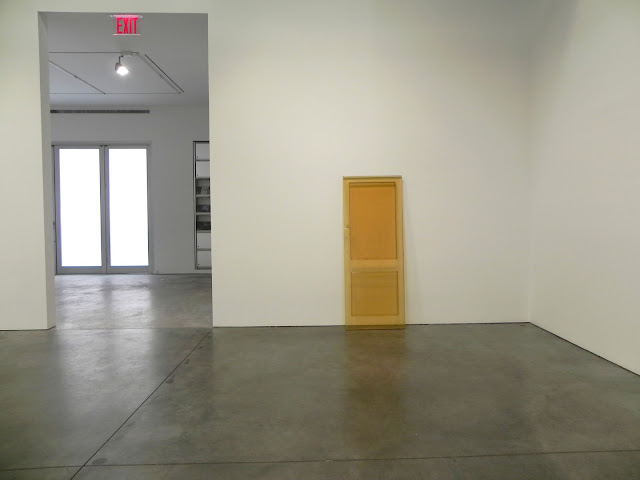 The initial calming feeling came when I first walked into Luhring Augustine this Saturday instantly seduced me to fall in love with these beautiful, faint but detailed casting pieces.  The initial seduction was in the colors, they were each transparent with just a tint of color that sometimes evoked the melancholy dreams of far away places and the cheerful possibility of a new window of opportunity.  As each piece was a cast of a negative space, the absence with the feeling of melancholy pulled me. 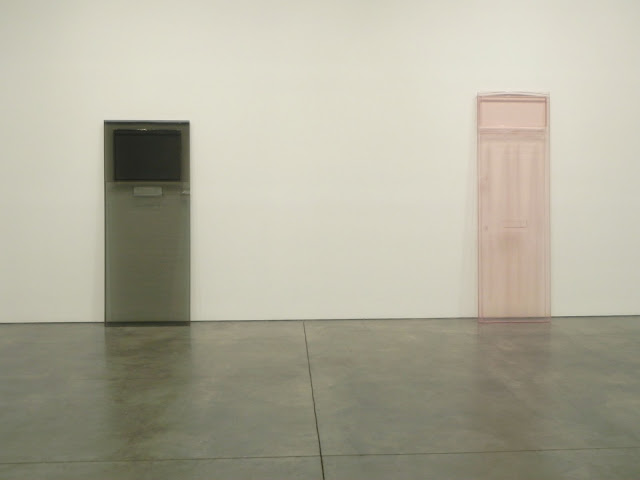 While looking closer, you see that each piece had all the details of the old doors and old windows that each carried its own character and history.  Artist Rachel Whiteread took castings of doors and windows in resin thus not only preserves its original integrity but by using a transparent material these non-functional architectural elements now served as visual symbols of their initial functions.  Rather unlike a non-functional door or window which probably would arouse anxiety more than any appreciation of beauty, the transparency and the colors diffused a serene gesture of letting go of what has already past while retaining the essence of its old glory. In such ways that even the absence of what once was or had been was now just a fainting lingering ghostly imagination.

If my interpretation reads a little sad is probably because I have had an emotionally difficult (almost impossible) weekend.  However, I would like to think that all is not lost yet if we could still retain our sense of humor.  Then, I found it again in the next part of the exhibition... 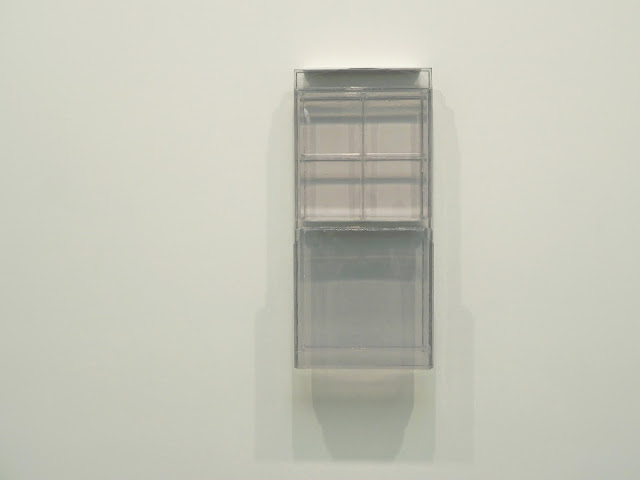 Cans... I can, you can, so can everyone.  Isn't that silly and non-nonsensical to say?  This piece is called 1/2 dozen, they were not actual cans but were made of plaster with iron oxide and along with some wood and metal.  In person, they looked just like old cans, rusty but not without characters as each has its own various degrees of rust and pattern.

I easily fall in love with old things, and love staring at old-looking things.  There is something about its age and withering that attracts me, at the same time it seems to bring one back to a certain time and space once occupied but is no longer. 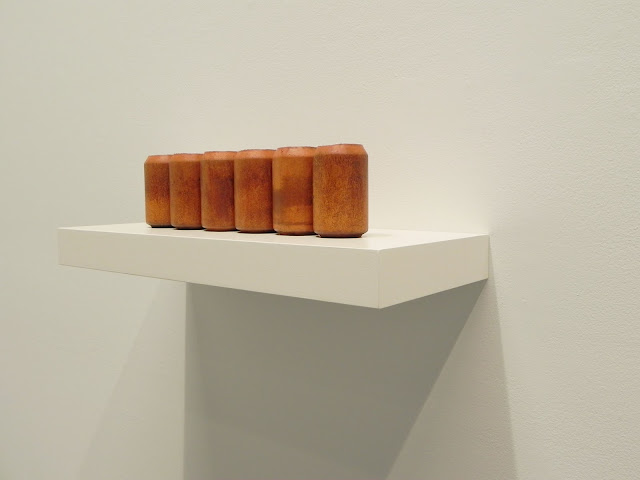 Finally, Can I (quite literally the title of the piece) and the answer is, yes I CAN!  My weekend became better after seeing these works.  If you wish to see the exhibition, please go before April 30 at Luhring Augustine. 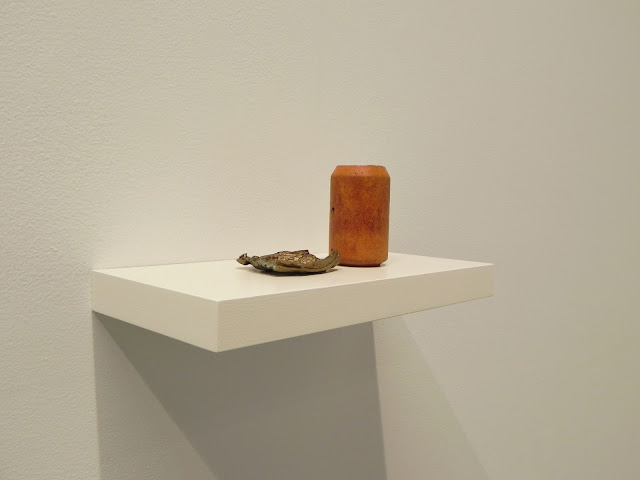