To contrast with my usual preference of contemplation of beauty, subtlety and unity, I have also come to enjoy a bit of sadistic fun every once in awhile.  When bloody murder and bodily mutilation is depicted in such an artful way as Folkert De Jong has done here, I couldn't help but stop to admire the craftsmanship and be intrigued by the narrative. 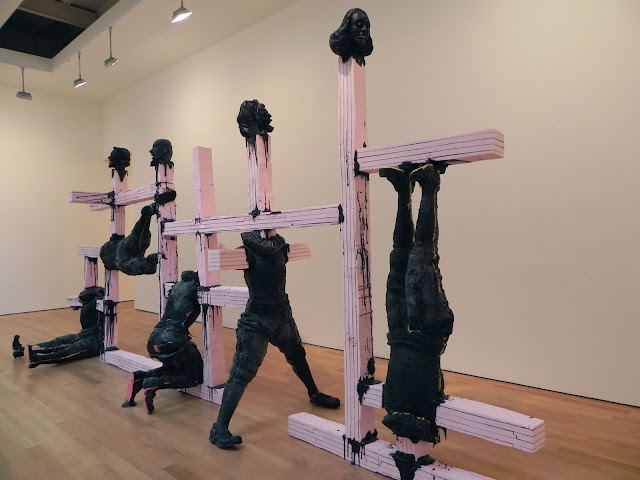 The subject is said to be inspired by Jan de Baen's painting of "The Mutilated corpses of the de Witt brothers, hanging on the Vijverberg in the Hague" from 1672.  Jan de Baen was a Dutch painter who painted mostly portraits of distinguished people of his time in the 17th century.  The de Witt brothers were Johan de Witt and Cornelis de Witt both belonged to a Dutch Patrician family during the same time period.  While one night Johan de Witt (whom was then a key political figure) became the victim of a murderous plot during a visit to his brother Cornelis De Witt who was imprisioned.  After they were both killed their bodies were mutilated and put on public display.  From the shot below, it shows a little bit of how detailed the figures are made to copy the exact style as how people are portrayed in old Dutch paintings with ruffle collars and lavish attires. 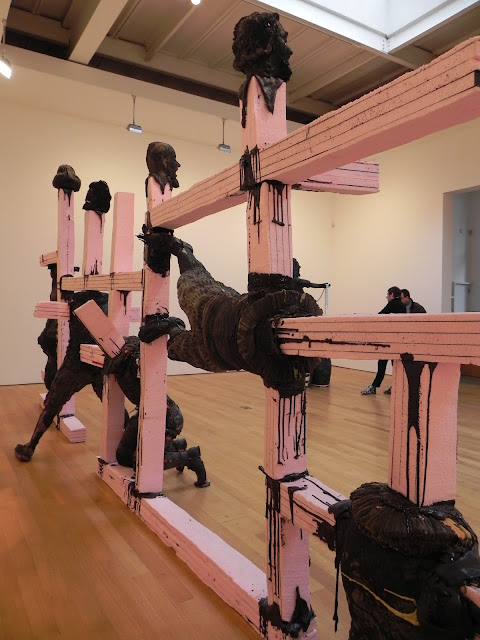 It is no surprise that Folkert De Jong has chosen to use such industry materials such as Styrofoam and polyurethane to sculpt these grotesque and devious subjects. Here are two figures of Dutch tradesmen attempting to lure the innocents with their wide toothy grins and exotic objects in hand and attempting to swindle the bystanders.   By using Styrofoam and polyurethane, the artist is metaphorically making "light' of this period of dark events during which one's wealth and prosperity was attained by means of cheating and lying. 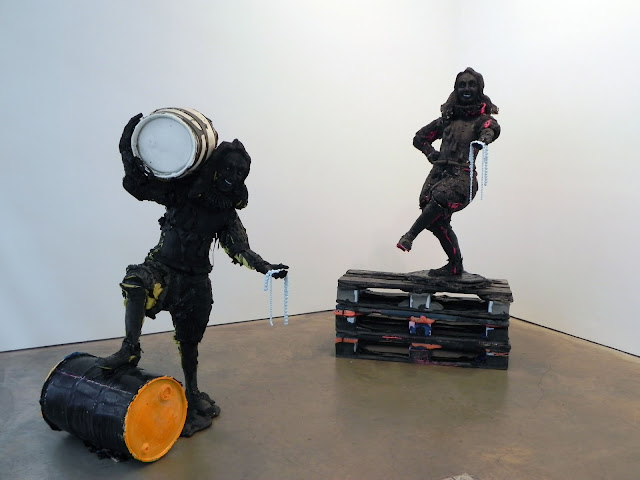 Lastly, I was intrigued by these three monkeys. The sculpture instantly reminded me of the story of Three Wise Monkeys that my grandmother used to tell me as a child. It is an ancient Chinese and Japanese folktale of three mokeys that could hear no evil, see no evil and speak no evil.  The story could be interpreted in two ways, one as a moral tale advising against deception and wrongdoing to others.  While  another interpretation is the naiveté and foolishness of someone who chooses to turn a blind eye to sheer deception and evil.  Operation Harmony is Folkert de Jong's third solo exhibition at James Cohan Gallery and is on view until May 7.  The title of the show is borrowed from the name given to Canadian forces who were part of The United Nations Protection Force deployed in Croatia and Bosnia in 1992. This title is a slight hint of inevitable deceit and destruction. 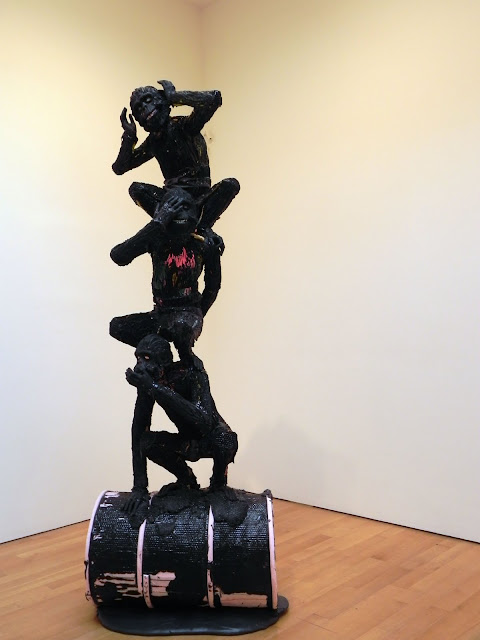