June 04, 2011
For every summer, I assign to myself some kind of light but smart books to amuse away the happy sunny hours. Much to my delight for this summer, I have picked a book called Confession of an Art Addict by Peggy Guggenheim. The book had been written in sometime around late 1960s, and it reads like something in between a self-glorifying autobiography and a book of art-world gossip from the 40s and the 50s. In fact, it is a quite amusing book to devour because of the way how P. Guggenheim had chose to tell these personal stories that paint very imaginative scenes of what the art-world was like back then. Suddenly, I find myself falling in love with modern art all over again, and while finding myself appreciating more while minding just a bit less for its theories and dialectic elements in the art historical sense. One of Peggy's favorite artists to talk about in the book was Max Ernst, as she also was married to him for a short period of time until along came Dorothea Tanning. Now to get back onto the country road, we stumbled upon this bookshop in downtown Chatham. 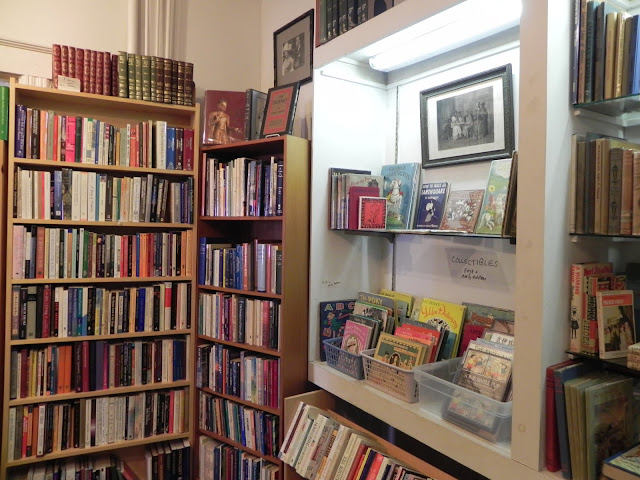 Of all the used bookshops I have been in, small ones or bigger ones, while this one was not exactly the best I have seen. At first it just felt a bit too organized and the general choices of art books were rather traditional and not particularly quaint (sort of like visiting the MoMa, as if you would have already had an idea of what you might find there and thus the surprise element upon finally seeing the work felt less ardent). Now, to put aside all personal criticism, I did find this wonderful book called Max Ernst: Maximiliana kept stopping me from leaving the shop while both friends of mine, Aaron and Liza felt desperately ready to get on out of the shop for some more ice-cream. Before stepping out, I took these pictures of the book cover, then of its front and back pages. At this shop, I didn't purchase the book because I had thought its price was a little more than its worth. Later, on my way back to the city when I couldn't take my mind off of the book I finally managed to get a copy from the Strand. The book in fact didn't cost much less there because after some research I realized that this book has been out of print. 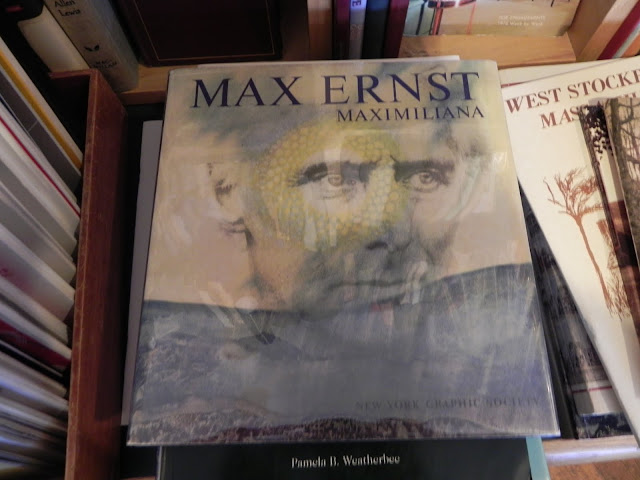 Peter Schamoni is the actual author despite that almost every page of the book contain photos and illustrations by Max Ernst. Schamoni is an independent documentary filmmaker born in Berlin in 1934 and whom also had a long standing friendship with Ernst. In this book, there are several stills and shots taken from Schamoni's documentary film about Max Ernst as an artist at work. In the first few glances of book, I was visually intrigued by these images which are in the book as the first and last layouts of illustrations just before the book formally begins and just before it ends. 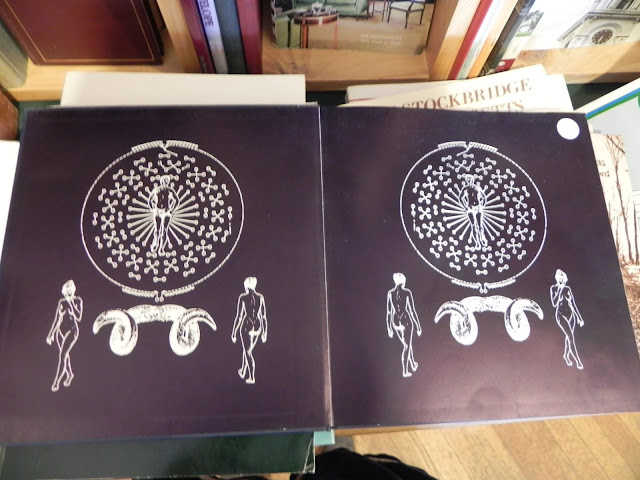 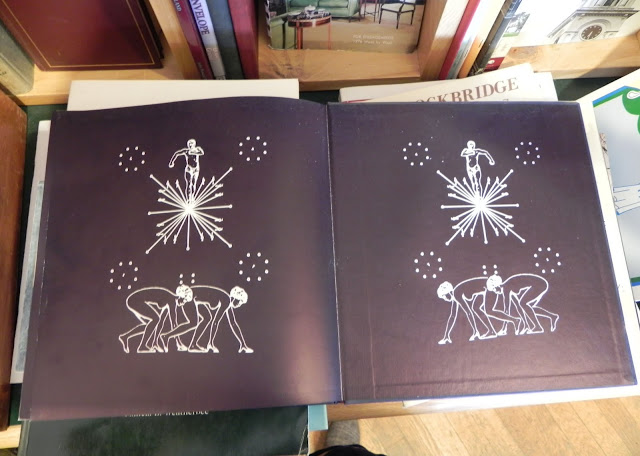 These images remind of scenes from Le Sang d'un Poete made in 1930 by Jean Cocteau. Both the film and these images ignite in me fantasies of supernatural goddesses floating about the starry galaxy. The more fascinating part about this book is in its title and the story of Maximiliana. On March 8, 1861, a German astronomer and discoverer of comets and planets by the name of Ernst Wilhelm Leberecht Tempel discovered Plant 65 according to the book, with the help of a small telescope in Marseilles; on the proposal of the Munich optician, Steinheil, Tempel named it Maximiliana in honor of the Kind of Bavaria, Maximiliam II. 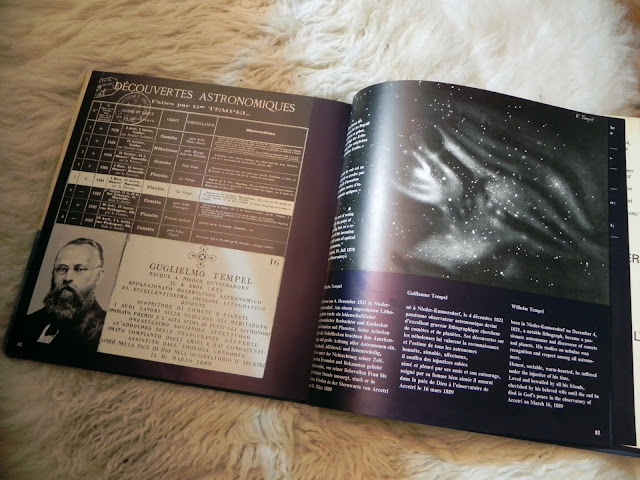 During later periods of Max Ernst's artistic practices, cosmic images and enigmatic astronomical signs and mysterious fields of energy between starts, sun, moon and earth became prevalent in his artistic creations. In 1964, he dedicated some of his finest graphic production to this brilliant but unappreciated astronomer of the nineteenth century, Ernst Wilhelm Leberecht Tempel. Since Tempel was never given proper license to observe the stars, many of his discoveries were either ignored or never received much official recognition. Maximiliana was later given the name Cybele by official German astronomers. I love this book because it reads like a poetry while revealing a wondrous universe of stars discovered by Tempel and it also presents images of Max Ernst discovering his own universe of stars among the mysterious constellations transpired through the images of the artist at work in his studio. Here is more, the aforementioned images are shown with drawings of scripts and signs that look as of some unknown alphabets used in another world beyond this planet that we live on. This poem aptly expresses the quaint beauty of why I have fallen in love with this book: 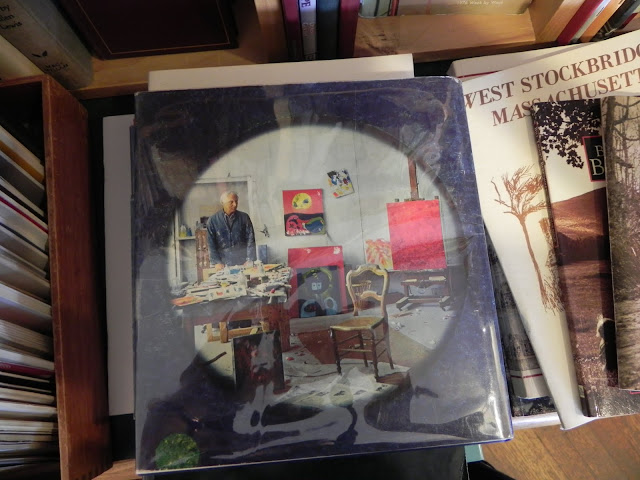