June 13, 2011
Propelled by the wind and the damp chill of this year's peculiarly capricious summer weather, I headed over to the High Line on Saturday to see this Roof Piece (1971) performed by dancers from Trisha Brown Dance Company.  This occasion marked by the 40th anniversary year of the company and the first time of the performance taking place in its original outdoor context of rooftops since 1973 was quite a special sighting and visual feast for me.  Before delving into the movements and the visual structure of the piece, first I was instantly swept away by the red color that all the dancers wore during the performance.  To me this vibrant red not only added visual dynamic to the piece, but at the same time the color also brought to mind this vivaciousness of life as if vital veins gorged with pulsing blood.  While at the same time, this vivid red color also reminded me of the color of red flags people used in this old communist movie I saw as a child in China during the scene in which red flags were waved back and forth desperately in rapid motions as emergency stress signals.  With the mention of Communist China, one probably thought that I would mention the color red as the symbol of communism and its reckless revolution in the pursuit of a so-called common good and fairness, but that in fact didn't exactly trigger on my mind.  Often times, it is the more poetic use of color that tend to leave a far stronger impression on me than the blatant symbolic use of any kind of governmental social order.  In this case, I remembered the flag because it was used poetically (outside of the diegesis) to suggest loyalty to the political regime at the time. 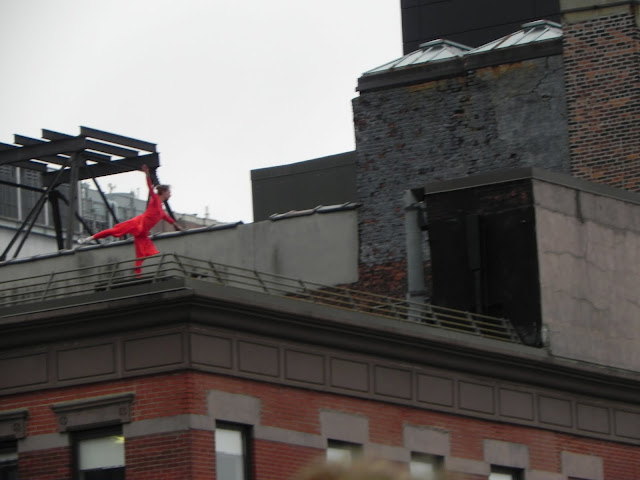 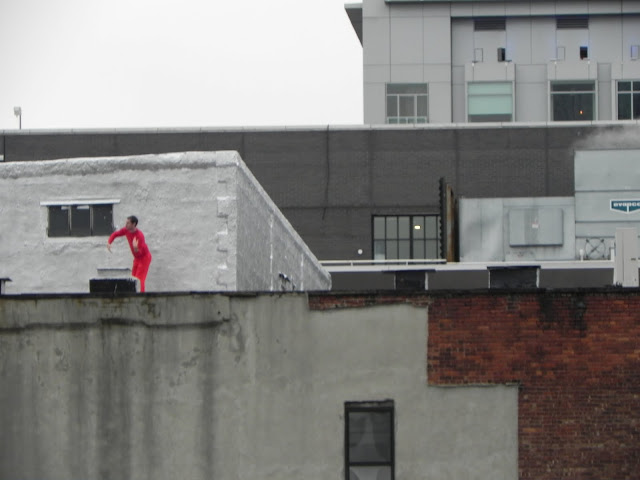 To come back to this performance piece, here I was very impressed by its ability to visually unify the urban landscape while at the same time harmonious incorporating the sinuous body movements with the hard cold edges and solid forms of the modern architecture as the background. Here, as I see it the background had also elevated the overall aesthetic of this piece, by contrast to the undulating motion these building blocks were like perfectly aligned grids supporting the dancers' movements. While the piece was performed by nine dancers situated on different rooftops, each mimicked the movements of the other dancers within his or her sight, the cohesiveness in the whole visual chorography was entirely seamless. 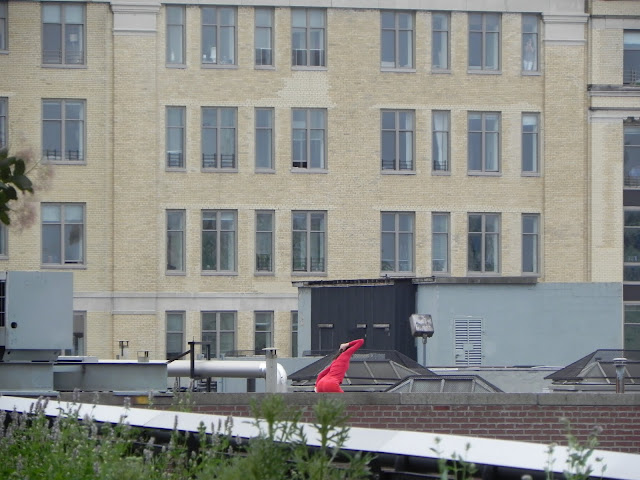 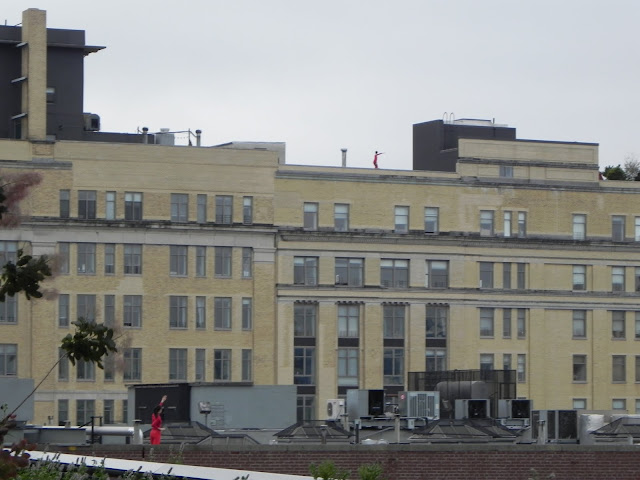 Since this piece took place on the High Line, it cleverly encouraged the audience to wander around as if you would if you were taking a leisurely stroll and going from one end to the other, because you were not able to view the whole piece from standing still at one place. Unfortunately, just very close to the end, the cold wind got a bit much for me and I had to retreat back indoors in order to recover from the numbness in my hand that came upon me by my trying to hold still the camera. Nonetheless, from witnessing this piece it had certain brightened up my day from that cold gray and damp rainy Saturday. 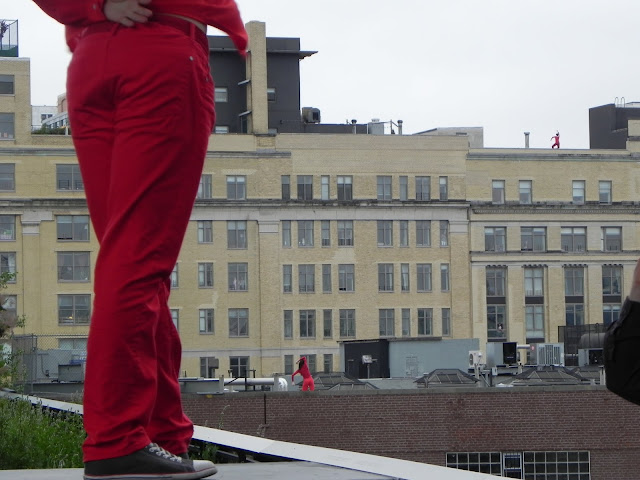