June 29, 2011
Intrigued by the clever play of words in his titles like As strong as its weakness, Resistance, Lost control, and Explorer, I had the immense pleasure of making my acquaintance with this brilliantly interesting artist from Malmö, Magnus Thierfelder who has been doing a residency at ISCP in Brooklyn. The most interesting aspect of his work was the combination of sheer playfulness mixed with ironic seriousness.  Magnus, as described by himself tend to focus on the details of quotidian objects and occurrences as means to examine the physical and psychological relationship we have with our surroundings.  Through his re-appropriations and interpretations, Magnus showed me how these ordinary things could make certain references to the way we view and live our lives. 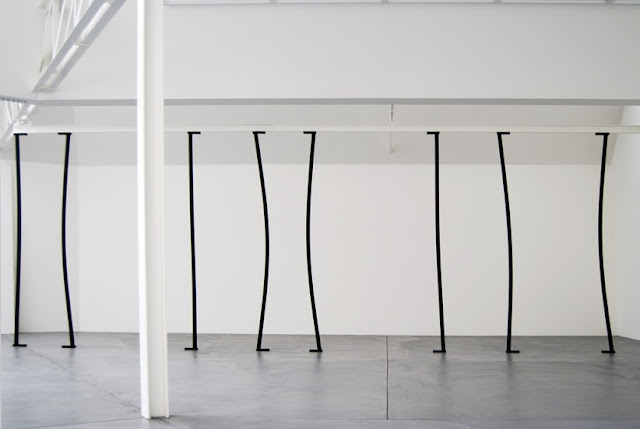 In this piece called Resistance, there was a sense of physical humor in the ways of which the metal bars bend in their effort of trying to hold up the ceiling. From speaking to him, Magnus pointed out that the reason these metal bars were shaped as such was also because they visually signified brackets, like punctuations for unfinished or open remarks. With his explanation, this piece also imparted the idea of someone's psychological resistance in speaking truthfully and frankly. 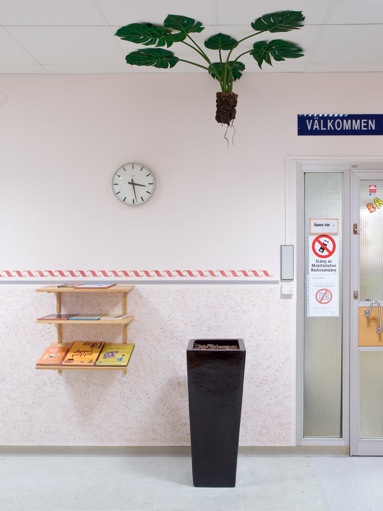 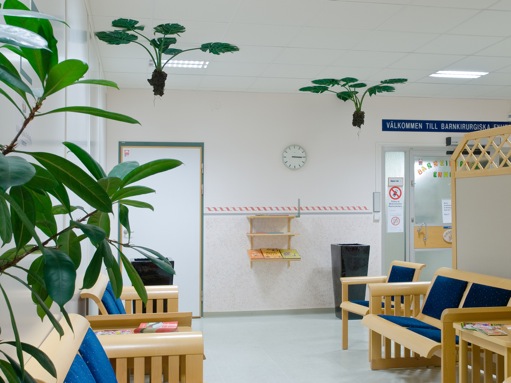 Aptly named as Lost control, these gravity-defying plants have transplanted themselves to the ceiling from the ground. The ungrounded feeling of losing control presented here was physical as well as psychological.  Now permanently installed in a children's hospital in his home town, not unlike his other works this piece also combined humor with a serious side.  As the title Lost Control implied, when we feel ill we also in one way or another have lost control of our body.  On a brighter note, Magnus managed to bring forth a lightness about losing that control and that it didn't appear so grim.  To look at it differently, if we lost control in one way we will gain it back through other means like these uprooted plants now have made the ceiling their home. 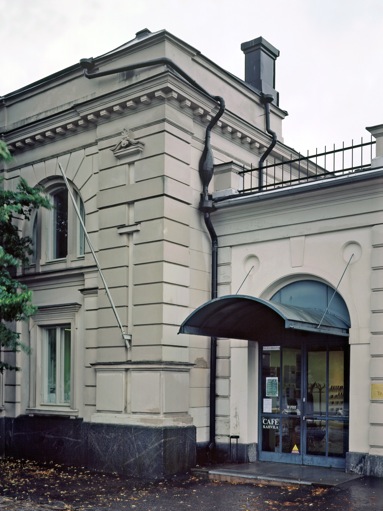 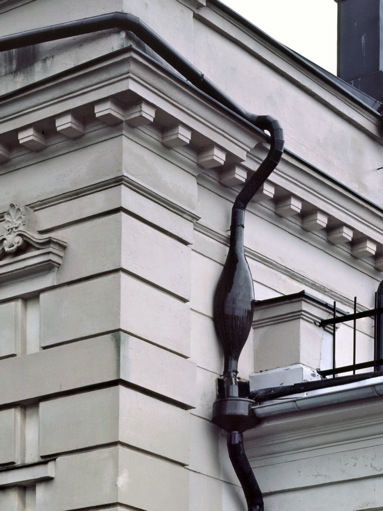 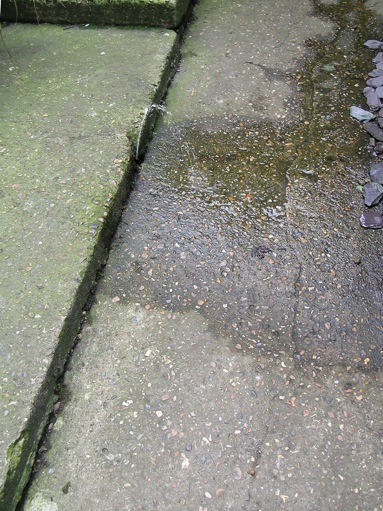 The above two works were made while he was in Europe, the first one is called Explorer and the second one is called Fountain. Both consisted of structures and street elements discovered surreptitiously on one of his many walks around the cities. The awkwardness of the Explorer suggested to me of something I had seen from a Tati film in which due to a mechanical failure of the Plastak company (a company that produced plastic tubes), suddenly everything came out in non-uniformed and irregular shapes rather than one long continuous tube.  In Fountain, this image captured a water leakage of the city.  By focusing on such a detail, Magnus revealed to us the city's neglect to fix this small problem.  Perhaps the city officials were waiting until it became a dangerous water catastrophe to the residents then to put a stop to it.

It was from talking to Magnus that revived the curiosity I had when I first moved to the city eight years ago. Before speaking to him, I had nearly forgotten how wonderful it is to be living in such a hub of everything. For the newer pieces he made during his ISCP residency, Magnus utilized simple every-day objects that were perhaps negligible to most people, and turned them into animated characters. Below is a series of shots from a piece that was meant to be viewed as a slide-projection onto the wall. The three seemingly inanimate red bricks became a dance ensemble as a dish of about eighty slides rotating continuously. Performed by the nearly forgotten and left-over bricks from some New York City construction site, Magnus constructed this charming mechanical dance. 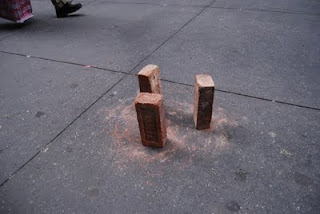 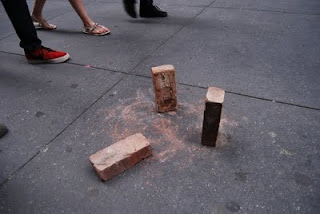 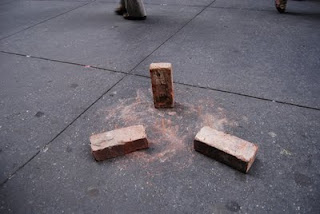 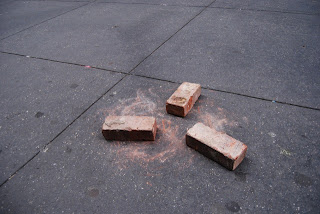 These new works he made in New York have not yet been named, yet they conveyed the similar wittiness mixed with seriousness. The dichotomy of humor and seriousness of daily existence was presented just as evidently as in the pieces he made in Europe. In the piece shown below, the first thing I saw was a fluffy happy cloud that suggested lightness and dream. Yet, when I stepped a little closer it looked more like a looming sky of sharp nails that were about to come down with dangerously piercing force. As Magnus later described to me that this piece was also a metaphor for his feeling of living the city at the time; meaning that while it seemed to promise dreams and happiness but one must also be brave enough to take on the storm and not be afraid of getting hurt or facing a failure every now and then.

To view more of his photographs of Walks, please go to his blog. 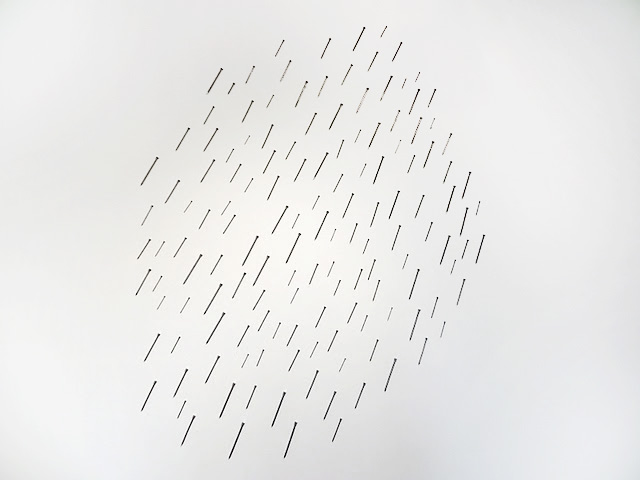 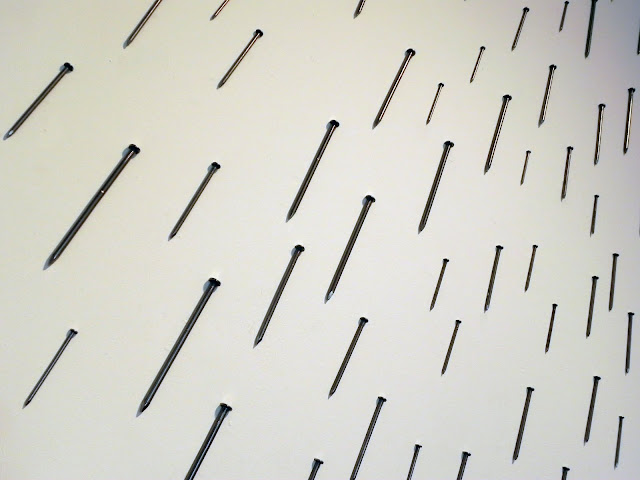