September 12, 2011
The month of September marks the re-opening of the art-full activities in Chelsea. Over this past week there were so many things to see, near the end I felt more than ready to find a safe shelter into which it would allow me some post-viewing reflection. Unlike the previous post I wrote about Home as the antithesis of comfort, familiarity, and security, this time I found myself going for the feeling of a shelter for safety and private contemplation. Perhaps this feeling was not yet entirely stable or permanent, nonetheless I felt closer to finding that stability through these works that I saw. There were two works by two different artists, both came to the US from different foreign countries yet through each of their works both seemed to be trying to reconcile their feelings of displacement and ways of finding a home away from home.

This first piece is by a Colombia artist named Miler Lagos who came to the US during his Location One residency. I saw his piece through the large window of Magnan Metz Gallery while on my way to the other gallery. What visually struck me was this dome structure that looked to be made solely of stacked books. Instantly intrigued by the physical techniques of the stacking and the precise architectural calculation, I felt compelled to delay my planned visit and to step inside to have a closer look at it. 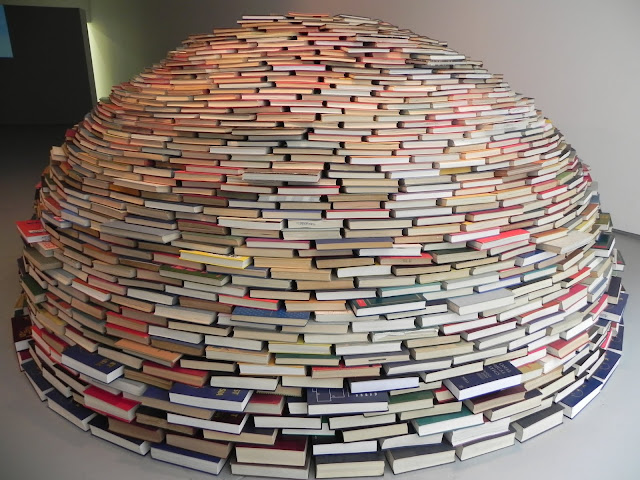 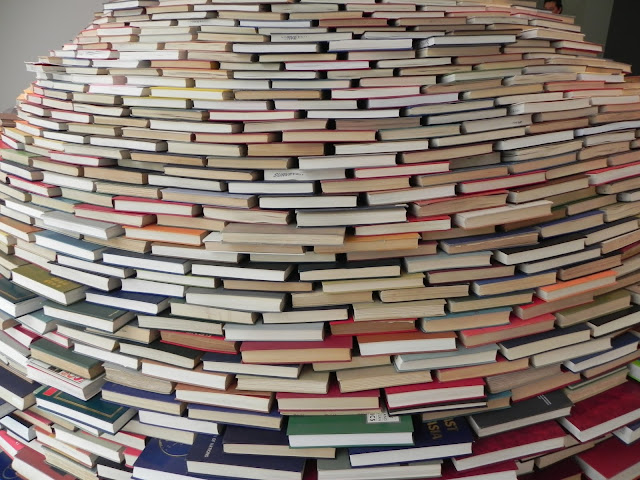 This work is Untitled, however I thought it deserved a more descriptive name, something like Igloo. According to the gallery, Lagos took these books from a defunct US Navy Library. In this exterior view, these books were stacked like bricks one on top of the other. Here I noticed that almost all the books had the same dimensions, and did not vary in size. This probably helped architecturally to stabilize the structure; while at the same time each one of the books seemed to take in the same weight and thus implied some kind of equilibrium in their literary contextual significance as a whole.

While the exterior construction resembled an Eskimos snow-igloo, however if one were to peak inside the igloo, there laid many curious titles and subjects. Even though these books were taken from a defunct Navy library, yet the artist's personal choice of the books reflected his own interest in constructing this idea of a shelter in which one could seek refuge and comfort through self-education. The books ranged from foreign language dictionaries, various reference books, geography studies, psychology and some literature books that had little to do with science. To name a few that I saw there was something by Mark Twain, Shakespeare, and Brontë. 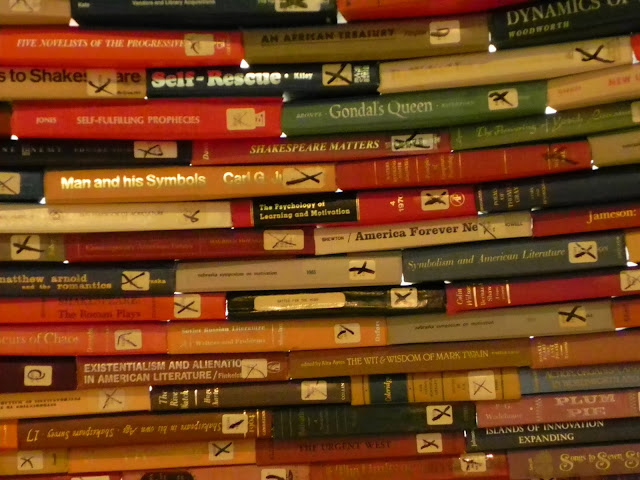 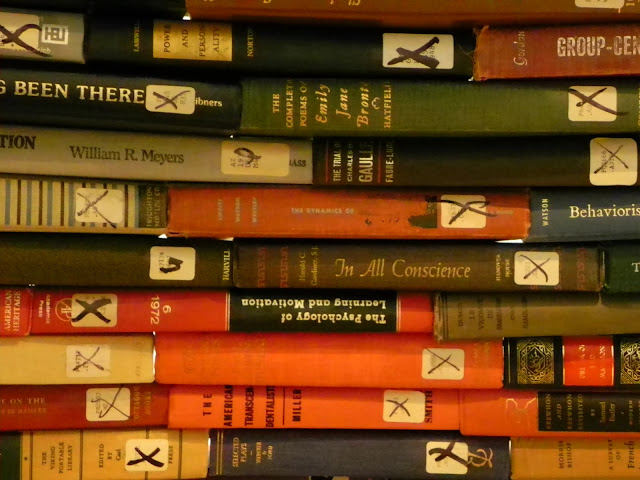 These subjects of self-rescuing, self-motivation with touches of existentialism mixed up all together seemed to convey a desire for a hermit style of inhabiting and sheltering oneself within the safety of one's own mind. Yet, the hermit perhaps also sought refuge in poetry and other romantic ideas. Such tendency was observed based on the books with titles like the The Complete Poems of Emily Brontë, Gondal's Queen (of which is a novel in verse) plus several other books of and by Shakespeare. Despite the undisguised desire for self-learning, self-efficiency and the incontestable desire for solitude of which the igloo would offer. Since the igloo was built with half of its side completely open, this suggested that one must also step out and learn to mingle to form fellow kinship with others in order to fill the whole meaning of his existence. However before stepping into the unknown to perform such an intrepid act, the artist provided a useful guide Dynamics of Behavior to guard against the unexpected. I recommend checking out this dome of self-education, shelter of safety contained and supported by self-help psychology readings. Home is currently on view at Magnan Metz Gallery until Oct.15. 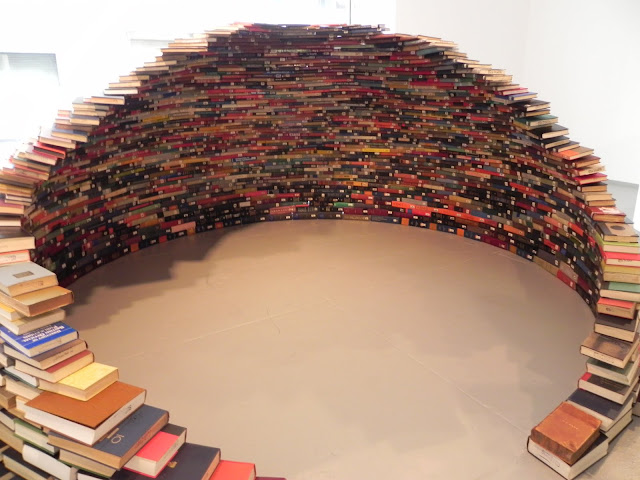