January 05, 2012
On view until 21 January at David Nolan are these exquisite but small paintings of vintage beaded purses by an Argentinean artist, Victoria Gitman. Led by my affinity to vintage accessories from small jewelry pieces to purses, I felt a natural inclination to study these works more closely. 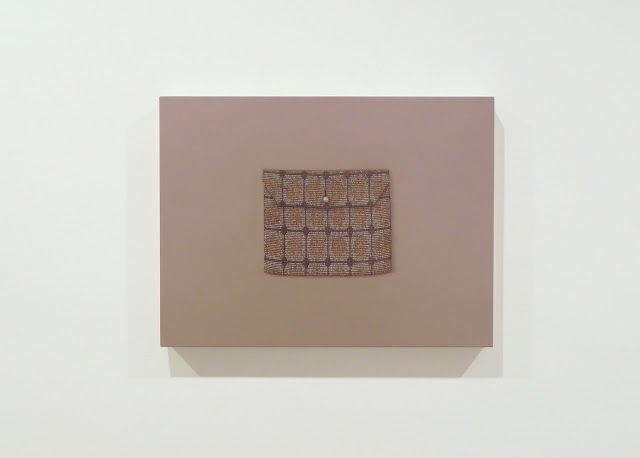 What struck me about these paintings was that although the shapes of the purses looked quite soft and almost fragile to the touch, however when studied more closely Gitman painted each of the purses with such restraint. In other words, even though the subjects of the paintings were of hand-crafted shiny and colorful bead works that did not look to be following any kind of rigidity, but as they were depicted, here seemed almost an absence of any unrestrained brush strokes and painterly gesture. During the opening, when talking to a friend of mine who has been working for the gallery she mentioned that in fact when making this golden piece with strong geometric pattern and high contrast of colors, Gitman was thinking of Josef Albers. 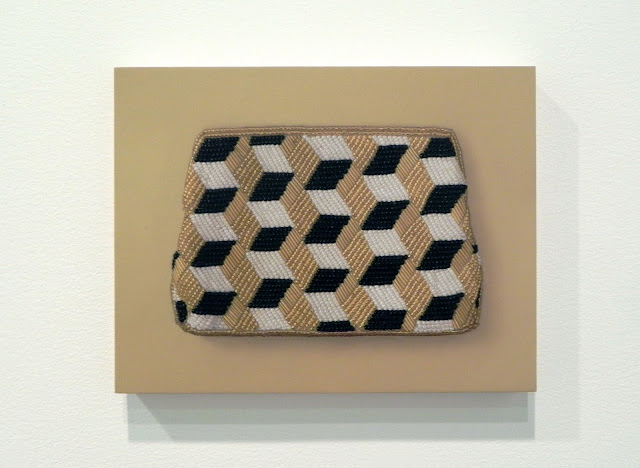 Albers has mostly been known of his works with strong geometric forms that suggest extreme discipline and rigidity. Influenced by Constructivists and the Bauhaus movement, his paintings were strict in the sense they were studies of geometry and the overlapping effects of one plane on top of another. Also, the works seemed to mimic mechanical drawings that were done almost without the direct touch of a human hand. The similarity that I saw was that like Albers, Gitman's paintings were small in scale but at the same time they presented a kind of intensity that Albers works also seemed to convey. Though the intensity in Gitman's case was also in the play with strongly saturated colors and the geometric forms but in addition there was the intensity of labor. Looking at them, they felt as though each bead was just meticulously painted onto the canvas as they were once painstakingly sewn onto each purse. Moreover, there was also the influence of constructivism in Gitman's paintings as they deal with geometry and grid but with a more feminine approach. 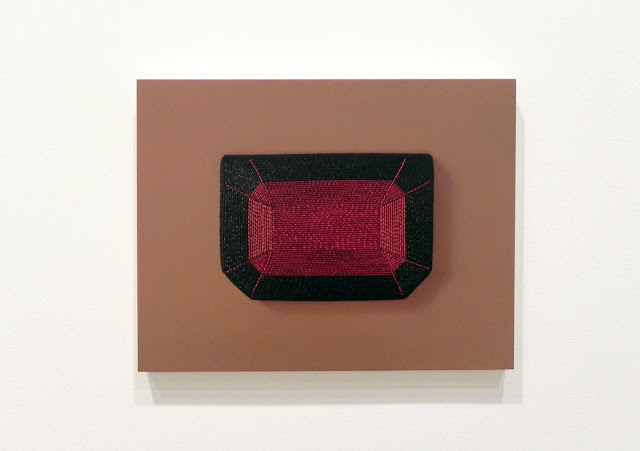 In fact, the femininity presented here seemed to challenge the old notion of applying strong grids and the play of rigid geometry historically attributed to the works of male artists. Even though the subjects of the paintings were highly crafty and quite pretty, on the other hand, Gitman exercised her discipline and highly controlled brushwork when placed in each bead without showing any trace of wild painterly gesture. In other words, there was an absence of human hand in these painted objects. Despite their prettiness, a strong sense of form and order was always in place. In this last piece shown here, though the play of geometry was morphed and then seemed liquefied into pools of colors however the artist was still careful enough to not go off the edges while retaining the subject squarely in the middle. 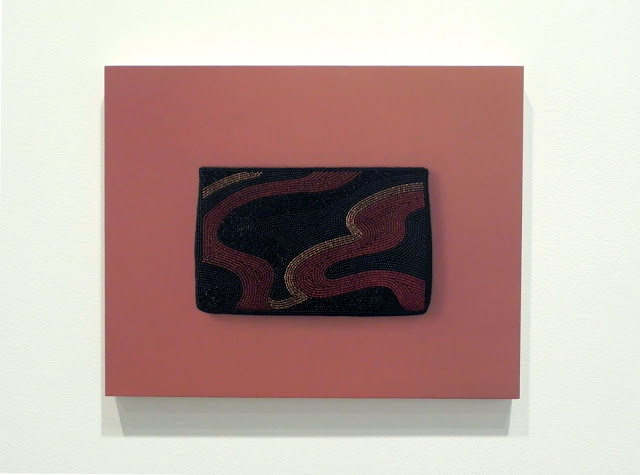