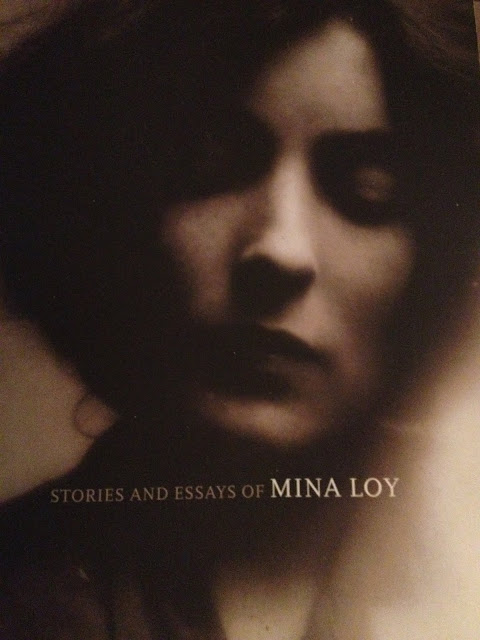 This edition* includes her short stories, plays, essays and critical commentary. Mina Loy in her life time did not gain as much credit for her work as a writer and as an artist working during a time period of which men dominated both the literary and artistic scenes. For this social tendency mimicked what Simone de Beauvoir described in her book, The Second Sex.

However, this is not a book about gender politics. In fact, Mina Loy's stories are poetic and imaginative in the sense that they transcend her readers beyond any of the original Surrealists' works that might have influenced her at the time. In her writings, all of which that we have become accustomed to accept as reality is mystically transformed into webs of fantastic tales . What I mean by magic or mystic is the non-material, which is to say- it would be without overly indulge in the pure intellectual critique of any subject, or natural phenomenon; whether it'd be only physically perceived or has proven of its existence, but would and only could be validated through non-correlative fragments of one's own thought and interior space; the emotional conflict of her characters and the descriptions their physical conditions transcend her readers to places of which the most ordinary occurrences become extraordinary.

The style of Mina Loy's short stories tend to read as in a dream that is sometimes lucid yet almost always gives inconclusive endings. Much like a dream that starts off with something tangibly familiar, but only when he or she continues on the journey of dreamland, it reveals itself that there is no head or tail to this whole night of trying to chase down a turquoise elephant. Has it been a whole night? Was I in Africa or Mexico? Or is that the sound of my alarm that's making the cricket noise?