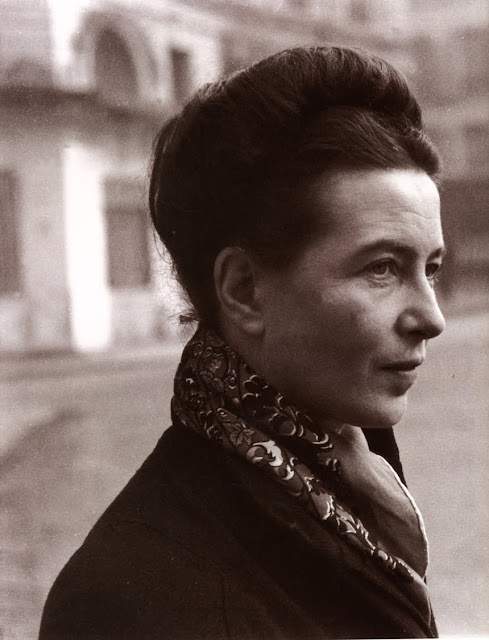 The reason I couldn't help but pick to write a review on a book rather than the usual art reviews is because Simone de Beauvoir has been my favorite writer, philosopher and an independent intellectual since the first time I picked up a book by her. I initially became familiar with her works while in college, in fact it wasn't until late last year that I had started to read her fictional though still at times semi-autobiographic works. It was easy to identify with her and for me to be so drawn to her, since she was born an only-child whom had also much time to her own and thus reflected more so than other people on her existence, in solitude and in relations to others in her environment physically, emotionally and mentally. All Said and Done is another one of my favorites, but let's start with this one.

Her passion and involvement in the politics of her contemporaries enabled her to voice her point of view audaciously. Although in this book, she complained of the lack of interest in politics among the college women that she encountered while visiting American colleges, nonetheless her way of conveying such a complex phenomenon is rather commendable. It was not done with merciless criticism but with counter-balanced remarks of the more commendable aspects of American culture in general. It is absolutely unfair to judge that she arrogantly dismissed American culture and its history with her French education and way of thinking.

This book is presented like a journal as it is sectioned by the number of months that she had spent in the United States on her college-lecturing premise. Even though, she did in fact gave many talks however that is not the focus of this book. Most of her reflections were based on her observations and day-activities outside of her own lectures. One of the colleges that she visited was Wellseley, a women's college that my grandmother had graduated from in the 1940s. Unfortunately, when I inquired further to my father whether my grandmother had the chance of hearing the lecture, well, by that time, my father just had been born and hence a missed opportunity. 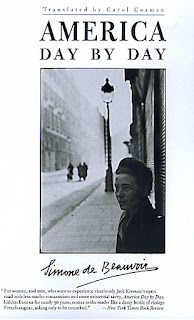